Are you still tweeting with Timothy Hutton? Who else famous have you crossed paths with as your book gains notoriety?

It’s been a while since I’ve tweeted with him, or since I’ve seen him on Twitter, though I suspect we’re probably just tweeting at different times. I’m still quite grateful to him for tweeting my book launch.

I remember joining Twitter a year ago, while I was zonked out on Vicodin after having my wisdom teeth removed. I had no idea what one was supposed to do with it, and now, somehow, inexplicably, I have 1,000 followers. Some of the writers I’m “Twitter friends” with either have become or already are well known – Julie Klam, Beth Hoffman, Harrison Solow, to name a few – but that’s not something that figures into the conversation.

They are all lovely, funny people and brilliant writers, and it’s a profound pleasure to know them, as it is to know Gina Collia-Suzuki, Michelle Rick, Chris Clarke, Elizabeth Enslin, Kate Mayfield, Eric Rickstad, and bloggers like Becky Sain, Judy Clement Wall, and many others who might not be famous but most certainly should be. Twitter is a nice equalizer that way. You prove yourself with your wit, not with fame.

Tell us some about growing up in the South.

My parents met in Maryland, near where my mother grew up. My father was a doctor and my mother a nurse, and they moved first to Charleston, S.C. and later to Gaffney, S.C. so that my father could work at Upstate Carolina Medical Center and later Mary Black.

I was born and raised in Gaffney and my parents still live there. I come back at least once a year to visit, so I still feel a strong connection to the South, the flora and fauna. I’m always flooded with memories of going to school in Spartanburg, S.C. – St. Paul’s Catholic School for elementary and Spartanburg Day for high school. Some of my best friends are the friends I made during those years. It’s wonderful to be able to relive those memories, to see how Gaffney and Spartanburg have changed over the years, and to remember the hopes I had then, many of which have since come true.

What’s next in your life? In your career?

Connecticut for the next five or six years, punctuated by numerous trips to Montana, writing and reading, and hopefully some teaching. I’ve just completed a draft of a short story collection, and I’m working on a second novel. My first trip to Iran is in the works for 2012. Also, I’d really like to teach my dog to swim. We can’t seem to get her to go in past her chest. She’s almost nine now, but I refuse to give up. I keep telling her to jump, but she’s having none of it.

Thanks, Elizabeth. It’s been a pleasure. All the best with your book, your writing career, and your dog’s swimming lessons. Feel free to send updates from time to time.

This is a 3-part interview with author Elizabeth Eslami. Hope you’ll also read Part 1 and Part 2.

Help in the Webby World

Relationships with Other Writers 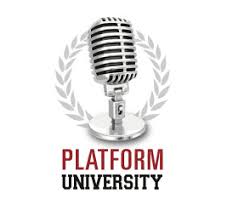 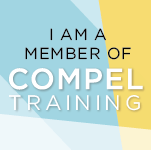 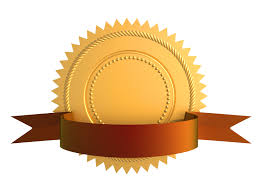